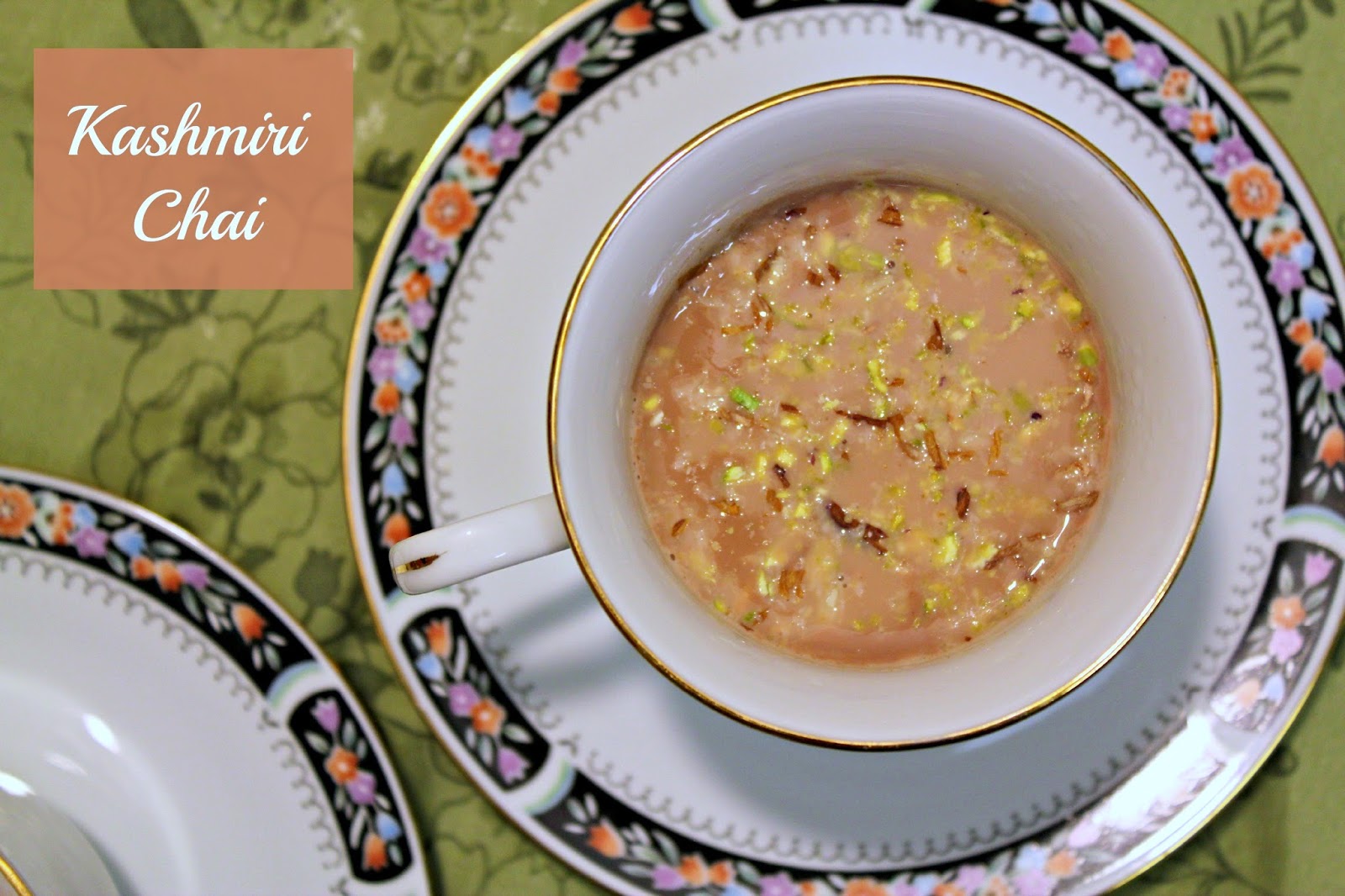 A warm cup of chai in any southeast asian household is a must. Unfortunately, I am not a big chai drinker. That doesn’t mean I don’t know how to make a good cup of chai, but it does mean that a lot of friends and family find it odd that I don’t enjoy chai.
For those who don’t know, “chai” is just the word for “tea”. Funny thing is, in coffee shops, we kind of giggle when we see “chai tea” because it sounds like “tea tea” to us. Chai is traditionally boiled black tea flavored with milk, sugar, and sometimes cardamom.
There are tons of variations to chai- some like it black, others only in milk. Some add spices to it, and others stick to the very basics.
One of these variations is called “kashmiri chai”, which originates in Kashmir (Southeast Asia). It’s also called “Noon Chai”, which refers to the saltiness in the chai. So although the version that everyone is used to has sugar in it, the original version was a salted chai.
Kashmiri chai is basically a slow-cooked beverage of tea leaves, milk, sugar, cardamom, cinnamon, pistachios and almonds. It’s well known by its beautiful pink color, which it gets after milk is added to it. The tea, which should actually be dark in color, turns maroon/pink because of the chemical reaction when baking soda is added to it. 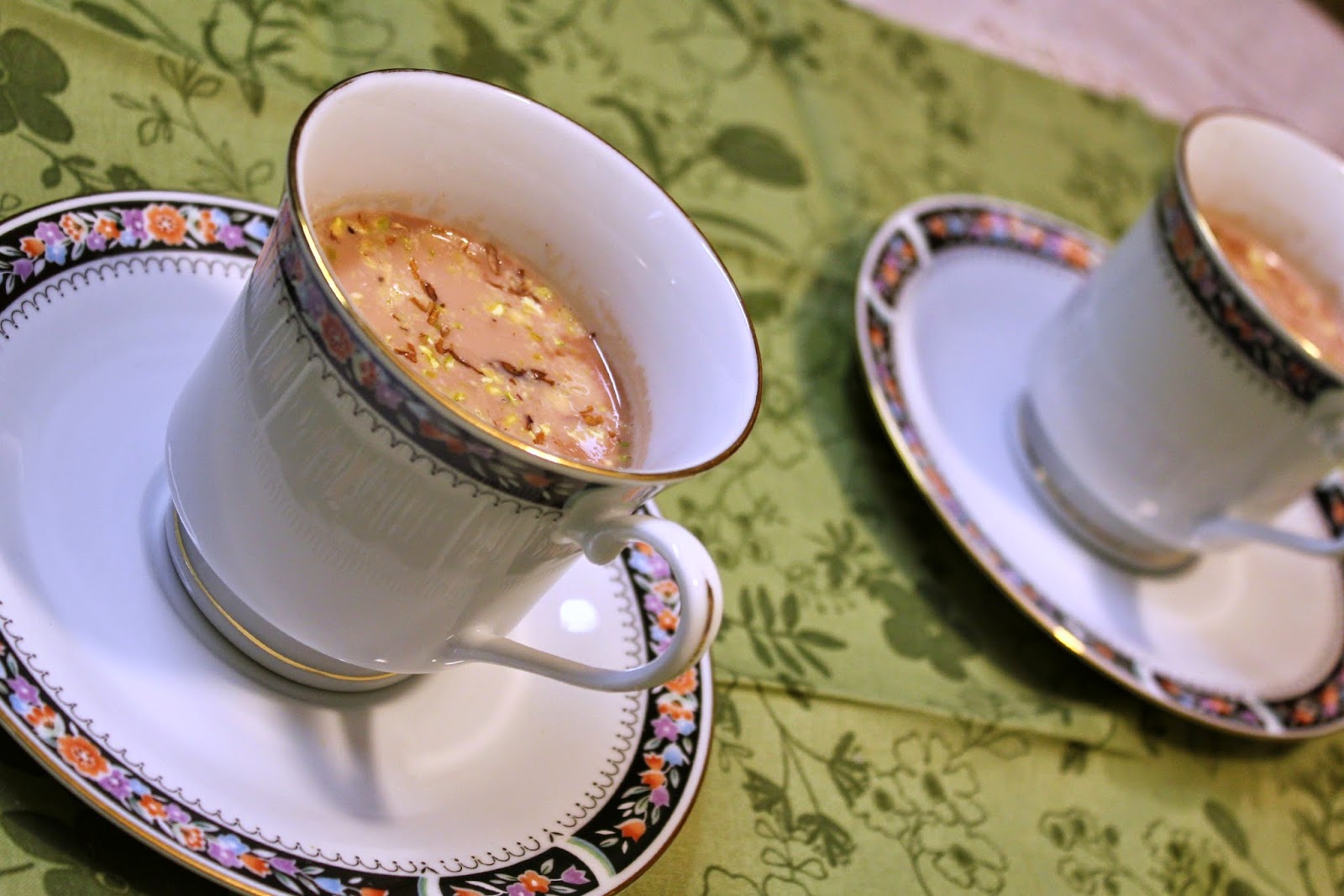 Many drink this at special occasions like weddings or festivities, and it’s especially popular during the cold winter months.
Not being a real chai drinker, I was kind of hesitant to try this. But I gave it a go since it’s such a beautiful looking tea drink. And yes, it was worth the experimentation because this is an absolutely delicious drink- it’s not like black tea, and it’s not like regular chai. It’s milky, sweet, aromatic, and so so good.
You just have to give this a try! And don’t be surprised, you probably have the ingredients already in your pantry.
Step by Step Pics of Tea Changing Color 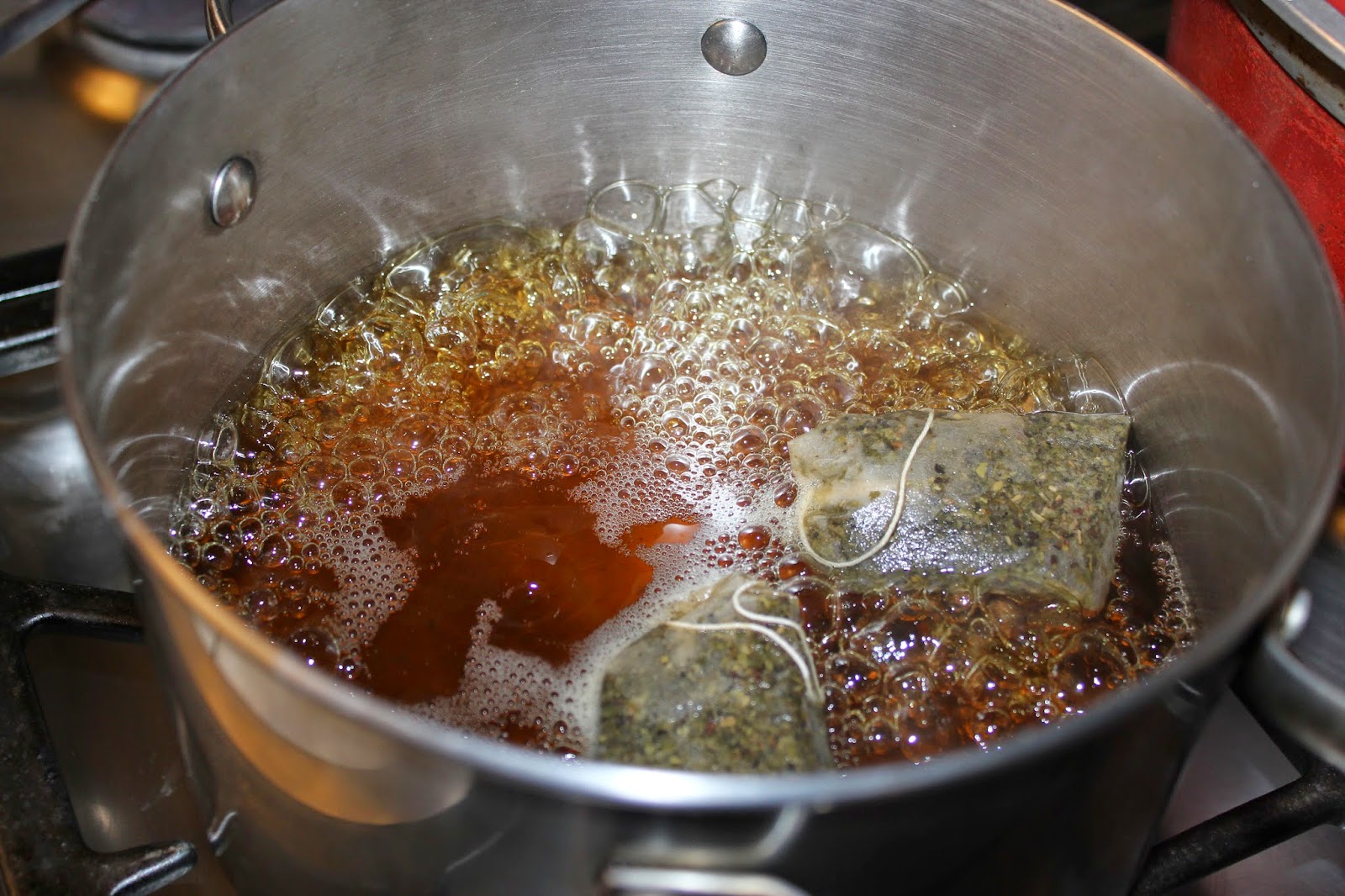 Tea comes to boil- it’s like a very strong green tea at this point. 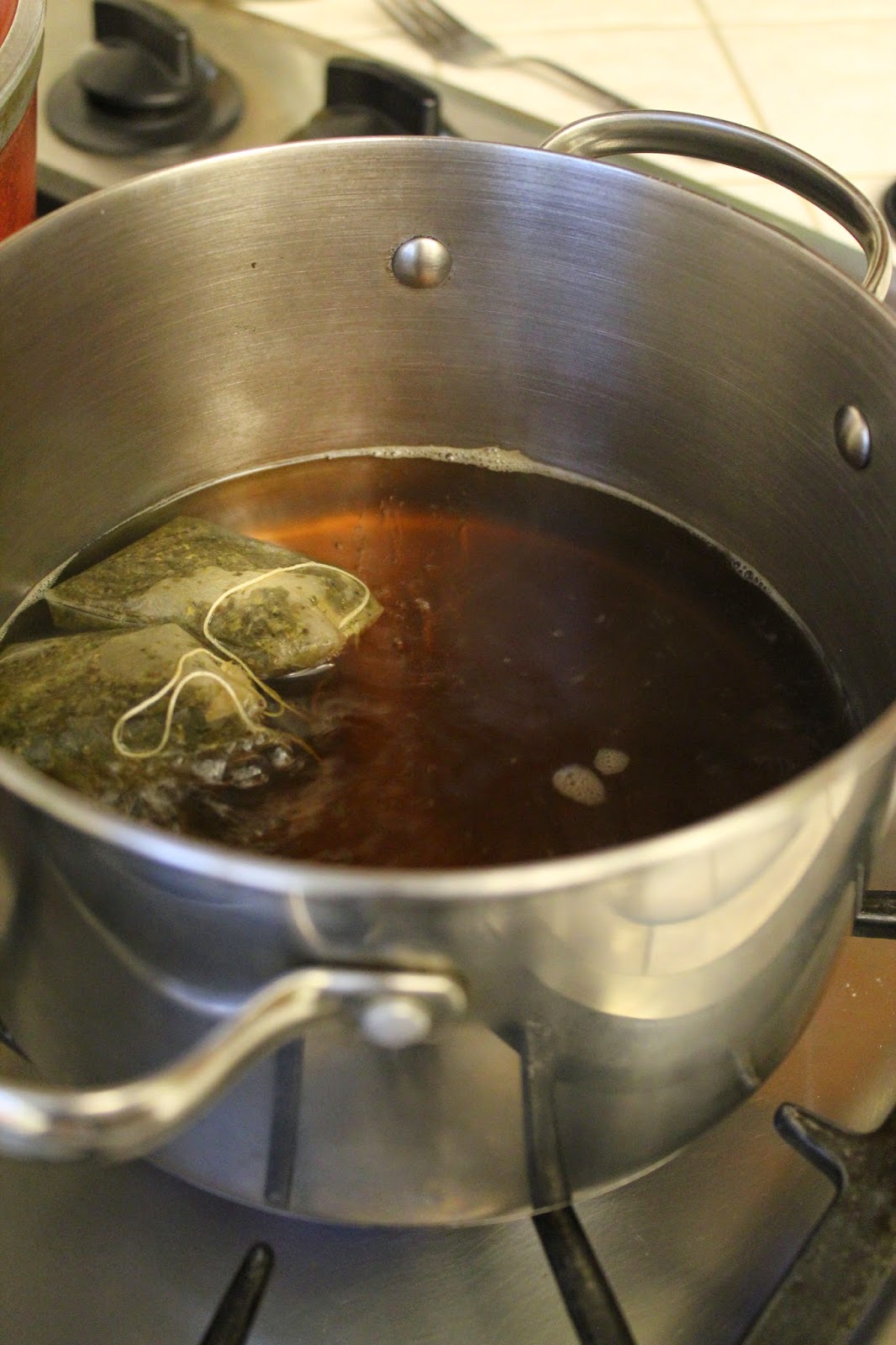 Cooking on medium heat, it should begin to change color. 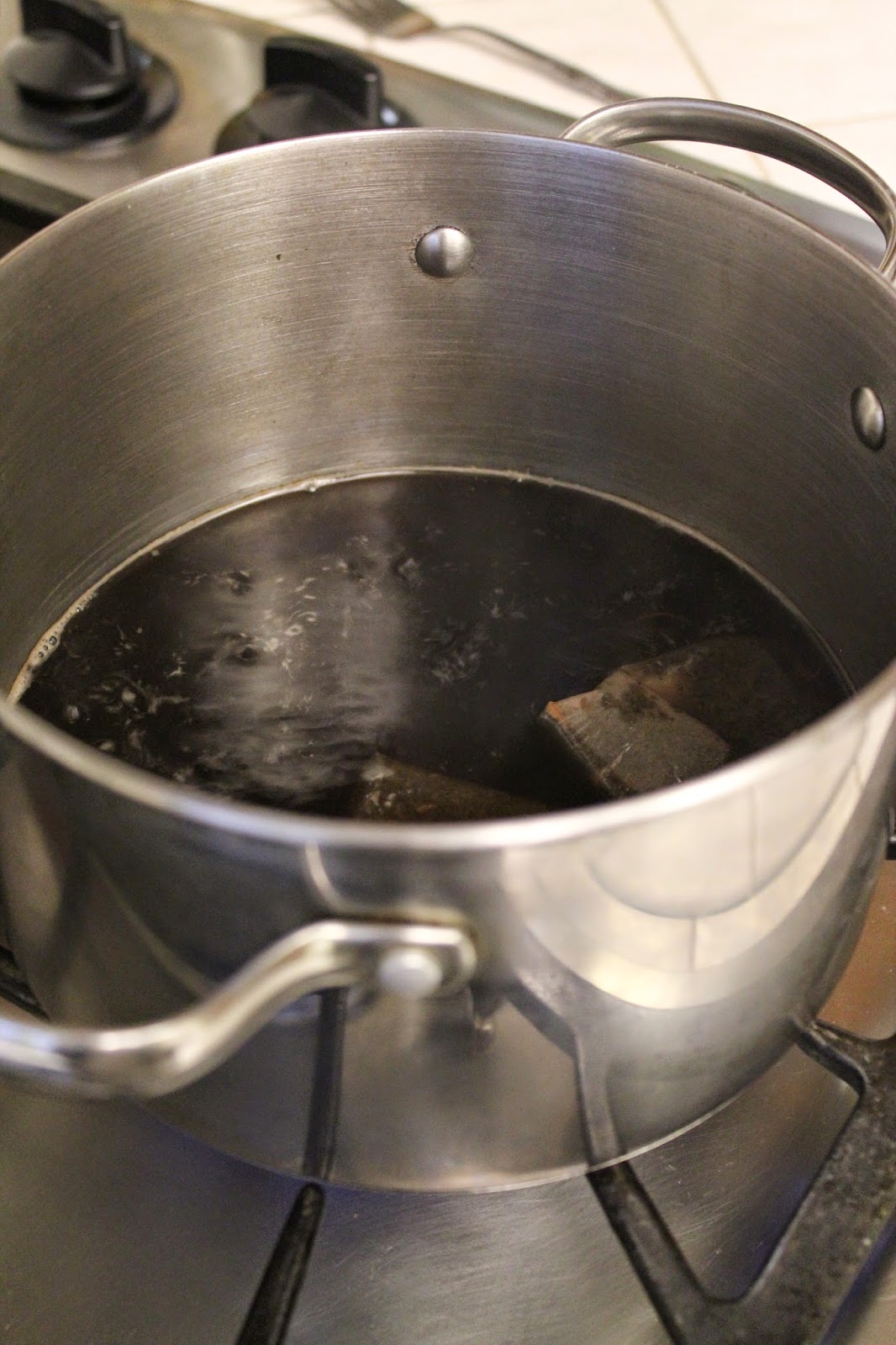 It will get darker after about 25 minutes of cooking. When you swirl the pot around, the water should look dark maroon. 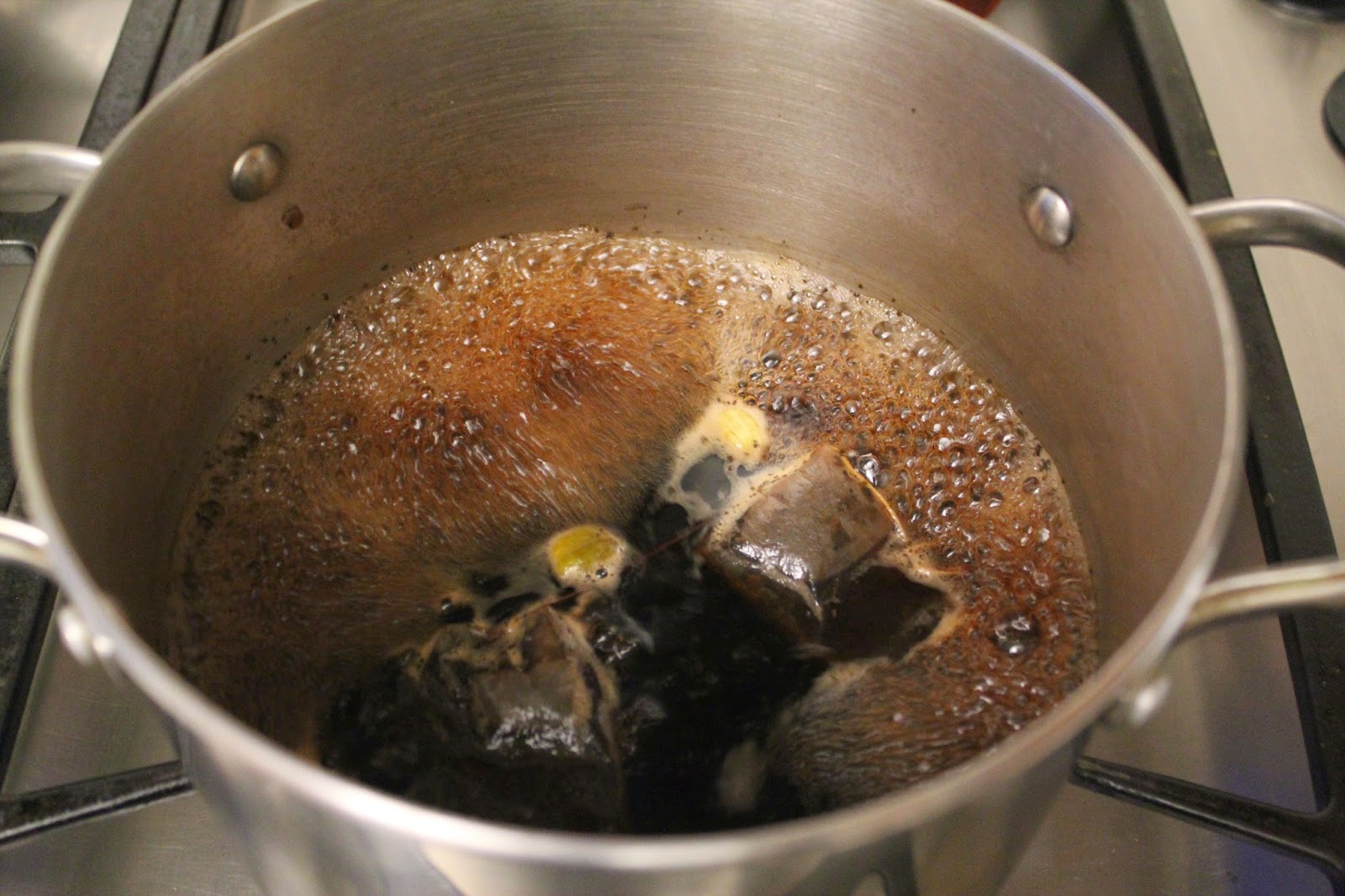 Keep boiling until it’s reduced to only 1/2 cup. 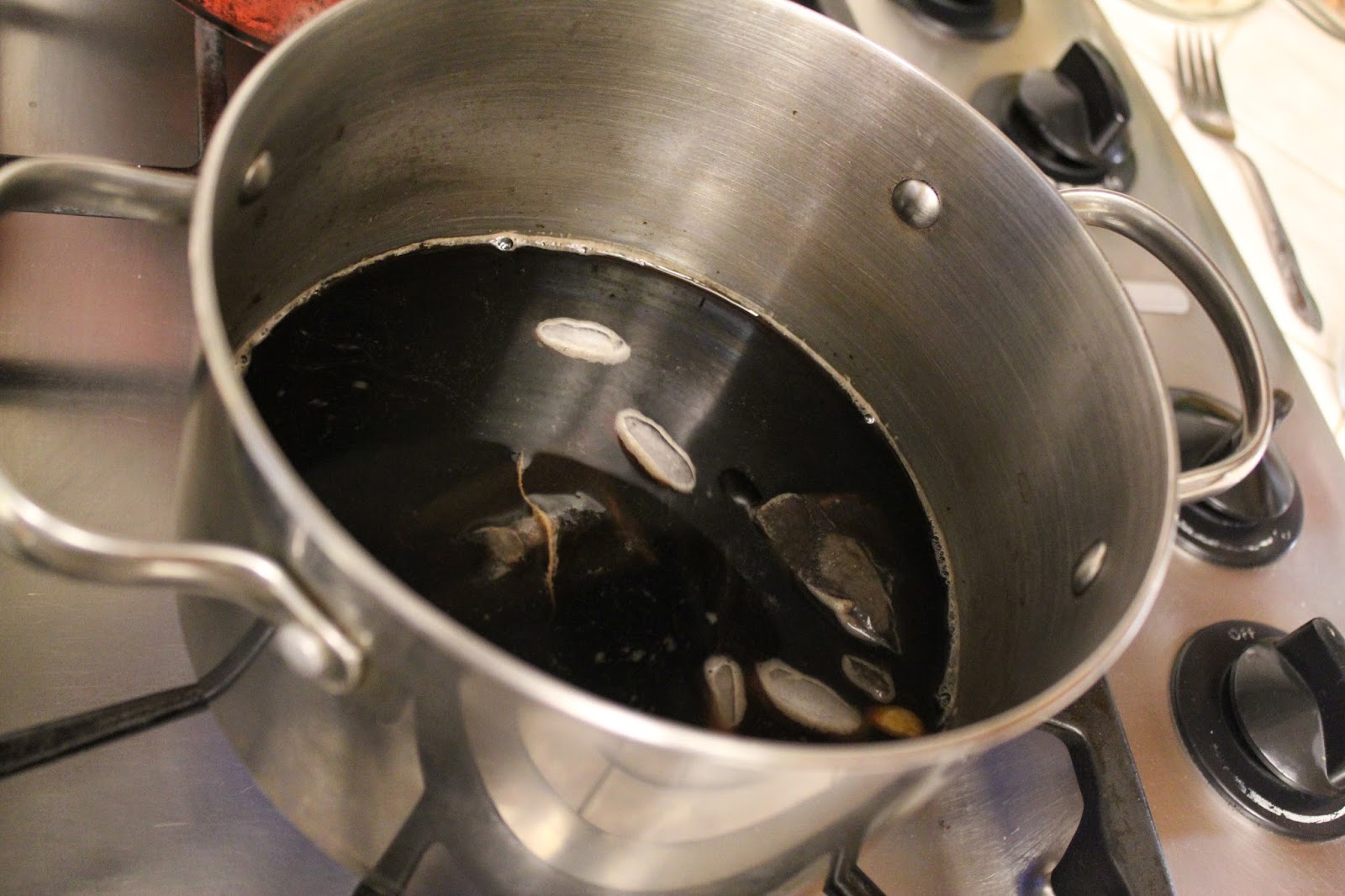 Shock the tea by adding 1 cup ice water. If it looks black, don’t be afraid! Adding the milk will bring out the pretty pink color you want. 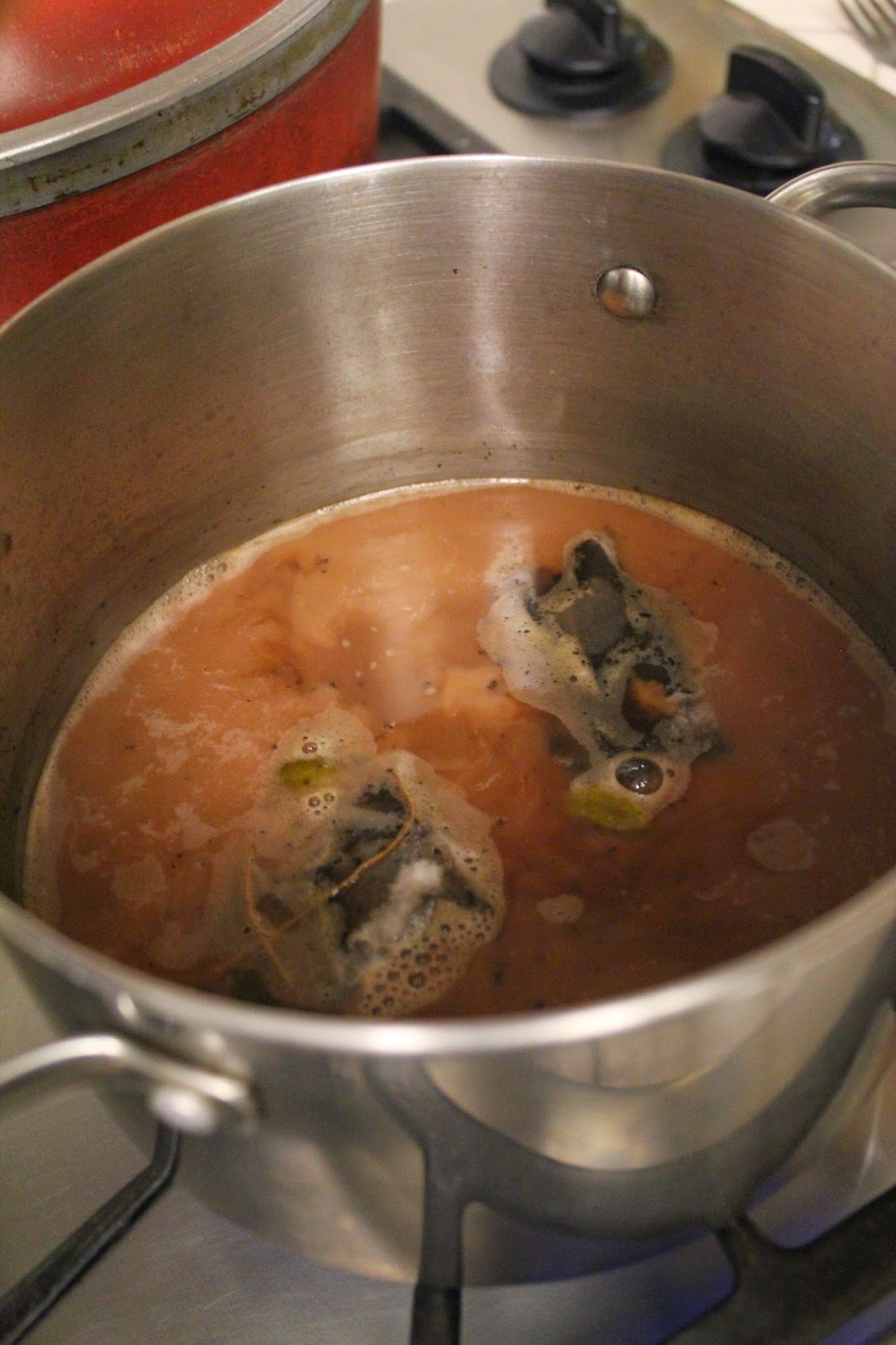 4.36
http://allflouredup.com/kashmiri-chai-pink-tea/
All recipes belong to All Floured Up unless otherwise stated.

I'm Rubina. I love exploring new recipes for kids and adults alike. I make complicated ethnic dishes simple so anyone can easily make them and enjoy.

Find me on Yummly